6 Teen Activists You Should Be Following in 2021

As some of the most passionate and social media savvy people around, Gen Z knows exactly how to use their voices online. Whether it’s taking a stance for LGBTQ+ rights, fighting against climate change, or shedding light on marginalized communities, this generation is vocal about creating change for the better. We’ve compiled a list of six teen activists that you should definitely keep up with. Have a read, check out their socials, and get inspired! 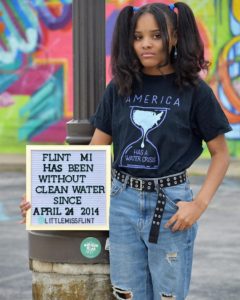 At the young age of 13, Mari Copeny has established herself as a prominent young activist. During the Flint, Michigan water crisis in 2016, Mari wrote a letter to President Barack Obama to raise awareness. This resulted in a presidential visit and a declaration of federal state of emergency. In 2018, she partnered with the Pack Your Back organization and raised over $50,000 to donate bottled water to residents. Today, Mari is the youngest delegate on the United States 65th Session of the UN Commission on the Status of Women.

On Mari’s Instagram, you will be sure to keep up with her progress in the continued fight for clean water, and glimpses into the life of a young activist and the exciting new projects she has in store. Mari’s socials are certainly motivating and might even inspire you to take action yourself. Check out her Instagram and Twitter to stay up to date! 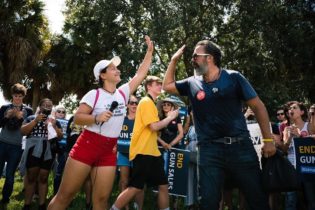 Emma Gonzalez is a young adult advocate for gun control in America. A survivor of the 2018 Marjory Stoneman Douglas High School shooting, they have created a platform to ensure that gun violence is eradicated. Along with their fellow survivors, they organized the March For Our Lives protest in Washington, D.C. This eventually led to the passing of stricter gun laws in Florida. They have also started Never Again MSD, a student-run committee that advocates for tighter gun laws, known on social media as #neveragain.

Emma’s Twitter is full of responses to current political events and social issues. Their tweets and retweets will have you fired up about the White House, human rights, and gun violence. They have an unfiltered manner of combating injustice with quick wit, empathy, and statistics that will make you glad you followed. Visit Emma’s Instagram and Twitter to follow their journey! 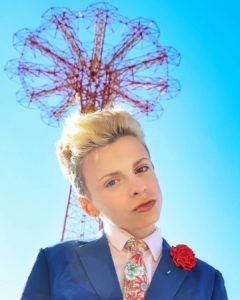 Desmond Naples, also known by his stage name, Desmond is Amazing, is a 13-year-old LGBTQ+ rights activist. After discovering drag performance, they decided to create the Haus of Amazing, a safe space for children who do drag in 2017. Since then, they have gone on to publish the children’s book Be Amazing: A History of Pride. In between drag performances, speaking out for human rights, and running a YouTube channel, they also do editorial and runway modeling.

Desmond has a social media style that is just as bright and colorful as they are. On their feeds, you’ll get a glimpse of what life is like as a teen drag activist through interviews, selfies, and inspirational quotes. Their confident personality is infectious and sure to give you a boost. Be sure to follow along on Desmond’s Instagram, Twitter, and YouTube channel! 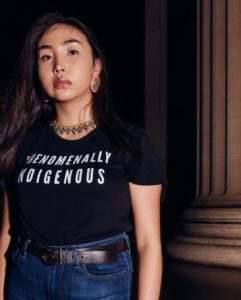 Charitie Ropati is an 18-year-old indigenous rights activist from the Native Village of Kongiganak in Alaska. Motivated by the lack of native education in western schooling, she focuses on centering tribal experiences in class. In 2019, she became a Center 4 Native Champion for Change and met with important leaders in Washington, D.C. to discuss school curriculum changes. Today, she attends Columbia University and continues to fight for indigenous rights.

Charitie’s social channels depict her student lifestyle and views on issues affecting the native community. Her vivid Instagram timeline is a mix of native news, college life, and artistic collages. Her Twitter is a place to voice opinions about social activism and promote other indigenous work. Here are Charitie’s Instagram and Twitter for your viewing pleasure! 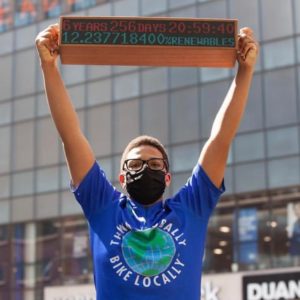 Jerome Foster is an environmental youth activist who has organized three climate marches in Washington, D.C. Recognized by the Union of Concerned Scientists, he acknowledges the intersection of the climate crisis and race. When he was sixteen years old, he served as an intern with Congressman John Lewis where he worked on mitigation strategies for climate change. In 2019 Jerome founded OneMillionOfUs, an organization dedicated to educating young voters.

Jerome’s social media is not strictly dedicated to environmental issues, but also acknowledges race relations, women’s rights, farmer’s rights, and more. His eye-catching feed includes interviews with prominent leaders, vibrant graphics, and updates about legislation. Catch up with him on Instagram and Twitter! 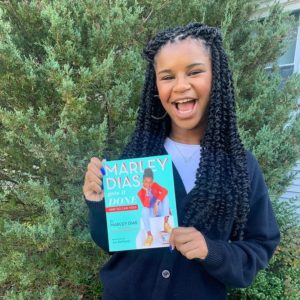 Marley Dias founded 1,000 Black Girl Books, a movement to collect and donate books with Black female protagonists, after realizing the only literature covered in her classes were centered around white boys. Recognized by TIME as one of the 25 most influential teens of 2015, she spoke at the White House’s United State of Women Summit. She continues to advocate for Black representation and self-empowerment as the author of Marley Dias Gets It Done: And So Can You!

Marley has a fun and inviting presence across her Instagram and Twitter pages. Her interviews with women like Michelle Obama and Ruby Bridges along with her poignant stances for Black womanhood create the perfect space for learning and enjoyment. Don’t miss a thing—follow Marley’s Instagram and Twitter!

With 70 percent of consumers believing it’s important for companies to take a public stand on social and political issues, brands are going to have to take a page out of these teens’ books. If they want to win over younger generations, they’ll need to make it a priority to not only determine what they believe in, but also communicate it to their audience on social media in a way that resonates.